Background
A search of the literature for the ideal implant in intertrochanteric fractures in the review groups of Cochrane library favors the use of sliding hip screw over intramedullary implants [2,3,4]. Also reviews of various other meta-analysis were in favor of sliding hip screw [1,5,6]. This was predominantly due to risk of femoral shaft fracture associated with earlier version of gamma nail and complications due to steep learning curve associated with the implant [7, 8]. The aim in the treatment of intertrochanteric fractures is not only to achieve fracture union but restoration of mobility and function in the shortest duration of time with minimal complications. Fig. 1 is a radiograph of fixation of an unstable fracture with dynamic hip screw and shows break of the lateral femoral wall intraoperatively resulting in medialization of femoral shaft with shortening with high chances of screw cut out with mobilization. In all these patients our primary aim of early mobilization is defeated and we end up keeping the patient in bed for a longer time.

Re-operation rates of 4–12% have been reported following the gold standard technique of fixation with dynamic hip screw [9-11]. The re-operation rates are particularly high in patients with unstable fractures. Re-operations are usually performed for medialization of the femoral shaft following mobilization of the patients [9-12].
So considering such high rates of complications in unstable intertrochanteric fractures and the biomechanical advantages of intramedullary implants has made PFN an attractive option. With improved surgical techniques and improved designs of the nail, studies have shown promise in terms of decrease in the rate of complications and early return to pretrauma mobility status [13,14].

Advantages of Intramedullary nails
Less chances of screw cut out
Load bearing in the proximal femur is predominantly through calcar femorale, the lever arm of laterally placed plate is increased so there is a risk of implant cut out. [15](Fig 2).
Biomechanically, compared to a laterally fixed side plate, an intramedullary device decreases the bending force of the hip joint on implant by 25-30%. This has advantages especially in elderly patients, in whom the primary treatment goal is immediate full-weight bearing mobilization.
Implant of choice in lateral wall compromised fractures
Traditionally it was the posteromedial comminution which was considered the most important factor in determining the severity of fracture. The importance of the integrity of the lateral femoral wall has been documented recently [9,10,12]. The lateral wall is the proximal extension of the femoral shaft. This lateral wall is extremely thin in unstable 31-A2 type fracture [9,10]. The lateral wall in patients treated with dynamic hip screw provides a lateral buttress for the controlled fracture impaction and preventing collapse. Palm et al found that there was eight times higher risk of reoperation due to technical failure with the gold standard technique of dynamic hip screw in patients with fracture of the lateral femoral wall [9] This has been attributed to the fact that when the lateral femoral wall is fractured, the fracture line is parallel to the sliding vector of the sliding hip screw, which, as in the reverse oblique intertrochanteric fracture, allows the trochanteric and femoral head and neck fragments to slide laterally and the shaft to slide medially. The fracture complex subsequently disintegrates, with a high risk of failure including cutout of the screw into the hip joint.

Another fact is that most of the fractures of the lateral femoral wall occurs intraoperatively with the gold standard technique when the large diameter hole is drilled into the lateral femoral wall, thereby converting a 31-A2 type to 31-A3 type. Gotfried in a retrospective analysis of twenty-four patients with documented postoperative fracture collapse and there findings showed unequivocally that in all patients, this complication followed fracture of the lateral wall and resulted in protracted period of disability until fracture healing [10] The importance of the integrity of the lateral wall for event-free fracture healing clearly is indicated, and fracture of the lateral wall should be avoided in any fixation procedure.
Palm et al have recommended dividing the fractures into two categories: A1 to A2.1 & A2.2 to A3`, and not just into A1, A2, and A3 fracture types as has been reported in most studies taking into account the integrity of lateral femoral wall [9]. This has implication on treatment guideline that the dynamic hip screw is not a good implant in patients falling into the second category. In the series by Gotfried, lateral wall fracture occurred in a third of the hips with the most vulnerable lateral femoral wall i.e., in those with an AO/OTA A2.2 or A2.3 fracture, which lacks buttress support of the greater trochanter [10]
In these fractures with compromised lateral wall, either a locking plate (proximal femoral locking compression plate or reverse distal femoral locking compression plate) or DHS with trochanteric stabilization plate which acts as lateral buttress and limits excessive collapse. The other option is an intramedullary nail which acts by bypassing the lateral wall and acts as a prosthetic lateral cortex medial to the broken lateral wall. Most of the recent studies suggest PFN as gold standard implant in these type of fractures [16,-18](Fig.3)
Less Blood loss during Surgery/ Less operative time/ Smaller incision
Zhang et al in an extensive meta-analysis of 6 randomised and quasirandomised studies concluded that PFN group had significantly less operative time, intraoperative blood loss), and length of incision than the DHS group [14].

Limb length shortening
Intramedullary nails are associated with less shortening and less sliding of the lag screw. This is due to the fact that intramedullary nail stops the telescoping displacement of the proximal aspect of the femur [19].  In fact, the proximal part of the nail blocks the head-and-neck fragment, preventing its complete impaction.

Implant failure
Implant failure after fixation of intertrochanteric fractures has been reported to be quite high in the tune of approximately 20% in various series [20-22]. Implant failure can be in the form of broken nail (Fig. 4), Z effect with medialization of superior screw and lateralization of inferior screw on weight bearing in earlier versions of PFN with 2 proximal screws, Reverse Z effect in which superior screw goes laterally and inferior screw goes medially (Fig. 5) and screw cut out with varus collapse (Fig.6a, 6b).
This can be attributed to steep learning curve with intramedullary nail fixation of these fractures. Secondly most of the series have been reported in unstable intertrochanteric fractures thus leading to bias. But with improvement in the surgical techniques and improved design of the nail trying to be as similar to the geometry as possible, results have improved [13, 14].  But the most common reason for implant failure is inability to achieve proper reduction.
Recent meta analysis by the Cochrane comparing different designs such as screw nail combinations to helical blade nail combinations have shown no significant differences [23].  But in our experience the results have improved significantly in our hands with the Proximal Femoral Nail Antirotation II. But it still requires more evidence to recommend helical blade usage for routine use.

Non Union
Nonunion without implant failure is a rare complication (Fig.7). And the most common reason is improper reduction. Intertrochanteric fractures with posterior sag or fractures with coronal split are the most likely to go for non union. Another reason is fixation of fracture with distraction at the fracture site.

Shaft femur fracture at nail tip
Generally short PFN are straight nail which when used in osteoporotic bones may impinge on the anterior femoral cortex which may result in fracture due to excessive force used while inserting the nail (Fig. 8a, 8b). It is a very rare complication but one has to be very careful to avoid this complication.

Conclusion
Advantages of proximal femoral nail are less surgical trauma, less screening time,
less blood loss and earlier rehabilitation, the ease of implantation and the possibility of early weight-bearing even after very complex fractures. Surgical expertise is necessary to avoid the complications associated with PFN. 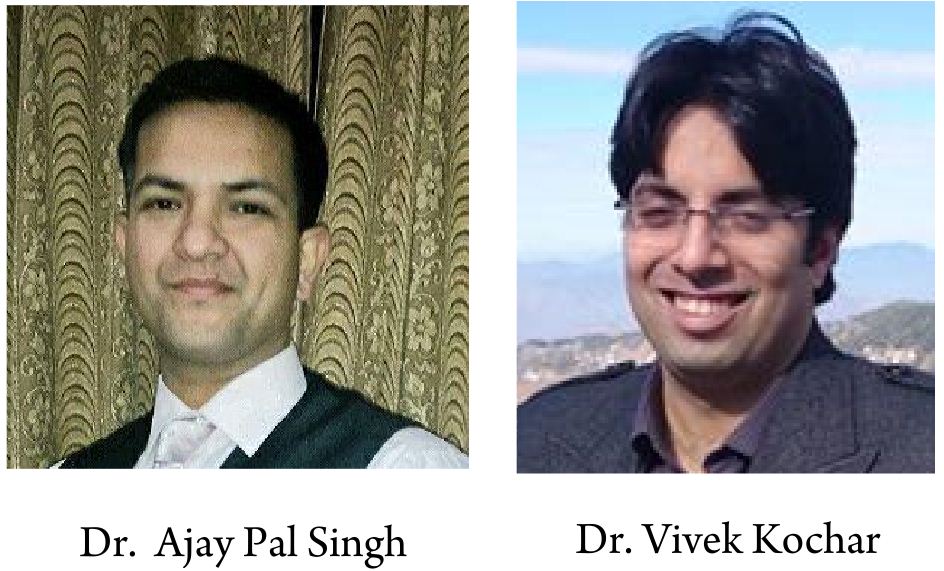