Acetabular Fractures were treated conservatively before 1960. Robert Judet in 1960 started to treat displaced Acetabular Fractures Surgically. In the modern world of fast moving vehicular traffic, the Pelvic Fractures are the third most common cause of death in Motor Vehicle accidents. The associated injuries to the abdomen, chest, CNS and long bones as well as hemodynamic instability is frequently present Implementation of the ATLS protocol has helped in the early management of such patients but even during the ”golden hour” further decisions need to be taken regarding the surgical management (temporary or definitive) in order to improve survival rates in such patients. Acetabular Fixation can be delayed for a week after the index injury managing the life threatening injuries first. However they may have to be fixed as a damage control orthopedics when the Hemorrhage of pelvis fracture itself is a cause of the shock.
Keywords: Acetabulum Fractures, Pelvis Fracture, treatment.

Today the Pelvic Fractures are the Third most common cause of death in Motor Vehicle accidents. The concern is to reduce this and guidelines for the management have come for the same. Historically too this has been discussed a lot. The modern specialty was really born with the publication of Malgaigne’s books on fractures and subluxations in 1847[2] . At the same time in the United Kingdom, Sir Astley Cooper (1768–1841) described various pelvic fractures, making the distinction between marginal stable fractures and unstable pelvic ring injuries. At this stage it should be emphasized that all these observations were made onclinical grounds with no x-rays. In the late 1950s and 1960s, Robert Judetbegan attempting to treat displaced acetabular fractures surgically.He felt that the outcomes with displaced acetabular fractures following conservative treatment were unacceptable. He identified certain subsets of acetabular fractures thatdid not do well with conservative treatment. These included fractures that involved the tectum or roof and those fractures where the hip was unstable. He described ten classic fractures patterns (five basic and five complex). Judet also developed many surgical approaches, particularly the ilio-inguinal approach, for treatment of anterior acetabular injuries.  The present day concept of fixation after appropriate reduction started with Judet. He emphasized that for pelvic fractures treated non-operatively functional outcome was frequently a problem for both patient and surgeon as deformities and chronic pain had a significant incidence.

In the modern world with a fast moving life, the acetabular fractures are mostly a part of Poly Trauma. Prioritizing the steps of management is an issue to get the best for the injured. The associated injuries to the abdomen, chest, CNS and long bones as well as hemodynamic instability is frequently present Implementation of the ATLS protocol has helped in the early management of such patients but even during the ”golden hour” further decisions need to be taken regarding the surgical management (temporary or definitive) in order to improve survival rates in such patients[1]. Haemodynamic stabilization is of capital importance in unstable and ”in extremis” patients. Hemorrhagic shock is one of the four pathological cascades of polytrauma (shock, hypothermia, coagulopathy, soft tissue injury)[3].Focus is given on the identification of the source of bleeding (fracture site, thoracic, abdominal or pelvic organ injuries, wounds and arteriovenous disruptions). Blunt abdominal trauma, open fractures and wounds should be addressed promptly. Normo-voluemia can then be restored primarily by administration of crystalloids/colloids and blood products.

In some patients who are both hemodynamically and mechanically unstable, and in whom the major bleeding is thought to be related to the pelvic fracture, external stabilization of the pelvis becomes the first priority. Because the main sources of bleeding are most frequently the presacral venous plexus and fractured bony surfaces. External stabilization decreases the hemorrhage by reducing the volume of the pelvic basin and approximating the fracture ends.

Pelvic binders
Circumferential pelvic binders or sheets are gradually replacing anterior external fixation (AEF) as the method of choice of immediate external stabilization, and currently form part of the ATLS protocol[4]. These binders are noninvasive, simple to apply, inexpensive and can be applied at a prehospital stage.
It has been shown that simple application of this sling increases pelvic stability by 61% in response to rotational stress and 55%, flexion–extension. Although the same study[5] found this method to be less rigid than AEF, it has nonetheless been shown to reduce unstable pelvic fractures radiologically and to improve patient’s hemodynamic status[6].
Clinical judgment and reassessment are important in using these techniques. This safe, noninvasive method seems to be a logical first resuscitative step with a serious pelvic fracture, to provide early hemorrhage control before considering invasive methods

Anterior external fixation
Immediate AEF of an unstable pelvic injury has been the mainstay of acute stabilization for the past few decades. Reimer and coworkers[7] reduced mortality rates from 22% to 8% by adding acute AEF to their hospital resuscitation protocol. Based on their results, they concluded that skeletal stabilization of pelvic injury should be viewed as a part of resuscitation rather than reconstruction. Burgess and colleagues[18] and others[9,10] have also documented decreased transfusion needs and reduced mortality with the use of anterior external fixator. Subsequent investigators [8,9,11,14] have also recommended immediate application of external fixation for hemodynamically unstable patients, and consider it a life-saving procedure. Some investigators have advised[9] prophylactic stabilization with anterior external fixator in all patients demonstrating bony instability, as even those patients who are initially hemodynamically stable on presentation may decompensate later. The anterior fixator is thought to contribute to hemostasis by maintaining a reduced pelvic volume, allowing tamponade, and by decreasing bony motion at the fracture site, allowing clots to stabilize[15]. C– clamps. To deal with posteriorly unstable fractures, Ganz and coauthors[16] developed a pelvic C-clamp, now available in most trauma units. It acts like a simple carpenter’s clamp and can exert transverse compression directly across the sacroiliac joint. Experimental data[16] have shown that an average compression force of 342 N can be applied to the area of this joint. These clamps have been used therapeutically in hemodynamically unstable patients, and prophylactically in stable patients with unstable pelvic- ring disruptions. Hemodynamic status and fracture reduction have been shown to improve in both groups[16].

Acute fracture fixation
Provisional fixation of unstable pelvic- ring disruptions with a pelvic clamp or an external frame with a supracondylar pin has proved markedly beneficial in the resuscitative phase of management. If the patient is too ill to allow a more invasive intervention, traction pins can remain in place with the external frame as definitive treatment. If, however, the patient undergoes a laparotomy to deal with visceral injuries, symphyseal disruption and medial ramus fractures should be plated at the same time. Because neither blood loss nor operative time is greatly increased, combining these repairs decreases the risk of complications in a patient who is already compromised[17].

Pelvic packing
Patients who remain unstable with a probable retroperitoneal cause in spite of aggressive resuscitative efforts should not be transported to a distant angiography suite, especially if delay is involved[18]. These are often patients at risk for abdominal compartment syndrome, and who therefore need an open peritoneal cavity for adequate cardiovascular physiologic support after surgery. Such patients undergoing laparotomy for an identifiable intraperitoneal cause of hemorrhage should be assessed for an expanding pelvic hematoma. The true pelvis should be packed at that time if the hematoma has ruptured; the pelvic hematoma is otherwise not opened routinely. The true pelvis should be packed with large abdominal swabs and the wound closed over the packs to create tamponade. The packs are removed or changed in a second procedure at 24–48 hours.

Potentially lethal injuries with a reported mortality rate of 30%–50%[19]. Open fractures of the pelvis by definition communicate with the rectum, the vagina, or the outside environment by disruption of the skin. They are often associated with disruption of the pelvic floor, leading to loss of tamponade and persistent bleeding. Clinical suspicion of an open fracture and any rectal or vaginal bleeding mandate a thorough examination, proctoscopic, sigmoidoscopic or by speculum.
These are the cases for application of Damage Control Orthopedics Principles.

Definitive Fixation
Since the birth of pelvic fracture surgery, timing of surgery has been referred to as either early or late. Unfortunately, the terminology of ”early/late fixation” has been used inconsistently. Some of them define as ”early” the first 8 h[20],24 h[21],72 h[22],first week[23] or even the first 14 days[22] or 21 days[24] post-injury and the term ”late” has been used for periods above 2 weeks post-injury[25] or as long as 3 months post-injury[26]. Definitive fixation in 1st week is advisable, however can be extended to 14 days is the majority opinion now.

Delayed Fixation
Even though the studies favoring Early Total Care became the golden rule in trauma surgery, there was still much controversy. Patients were operated between the 5th and 14th day based on the assumption that earlier operation would be associated with significant and possibly life- threatening hemorrhage[27] and hemodynamically unstable patients were generally considered to be too unstable to undergo even external fixation[28].In real life, delayed fixation can be due to medical complications, unstable patients unable to operate on or transfer to a specializedCentre, unavailable senior surgeon, unavailable operating staff and operating rooms.Delayed fracture fixation creates operative difficulties: scar tissue, callus formation, inability toobtain anatomic reduction and need for more extensile approaches. Mears et al. found thatdelayed surgery of more than 11 days was related tosignificantly fewer anatomical reductions[29]. Alsothe quality of reduction is strongly related to theage of the patient, the above 70 year-old havingpoorer reductions and more intra-articular damage[29]. 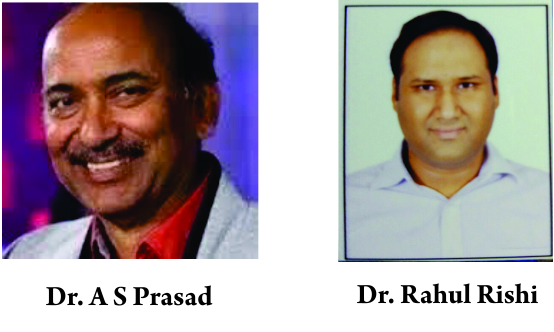 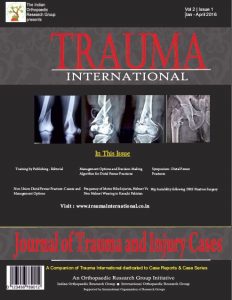